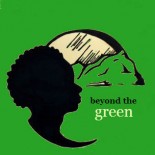 beyond the green: collective of middlebury voices

a student-run publication that seeks to provide space for voices that are not being heard on our campus. we are grounded by politics that are radical, anti-racist, anti-sexist, anti-classist, anti-homophobic, anti-ableist, and anti-transphobic (against all forms of oppression) and that reject the structural neo-liberal paradigm that characterizes middlebury college and its official publications

In an article I recently read about virtual feminism, blogging for girls was a way for them to connect “their personal experiences to the larger social, political, and cultural context” impacting their feelings of empowerment and widening the definition of what it means to be a feminist activist (Keller, Jessalyn 439). Jessalyn Keller, the author, offered that blogging provides a space where girls’ resistance and agency can be fully realized (431). Interestingly, media and youth studies scholars have often only viewed girls as consumers of media and culture, not producers. But what Keller suggests is that as women claim their spaces and voices, they become both consumer and producer of social commentary on issues that are important to them. This claiming of voice, space, and essentially power, is why girls who blog can be seen as a disruptive force in society (431). The mere suggestion that they have ideas about the world, a world dominated by adult, white, wealthy males, can be seen as a play for power and have various “political effects” (432). And that begs the question, what can count as resistance? Are girl bloggers or even women who blog enacting feminist activism?

The answer is unequivocally ‘Yes!” At least, I hope it is. Feminist activism is a hugely loaded term. It implies that whatever change a person is attempting to pursue in terms of gender is for the broader feminine identifying world community. It implies that every gender oriented activism always has gender at its front door. But too often, as many have noted including Keller, feminism and especially the activism that came out of it before the 1960s was extremely exclusionary to people who did not identify as a wealthy, white woman in America. Keller offers though, that feminism’s third wave is attempting and has opened the door to bring in more complicated shifting agendas depending on one’s own place in society in answer to the neoliberalism starting to pervade America. Girls and women have claimed their space online in the form of blogging. They have not only claimed spaces, but they’ve captured audiences who identify and strive for solidarity with people who have the same objectives as they do.

Feminism, in its third wave, has expanded what it means to be a feminist activist. It is no longer easy to find “a fixed dichotomy of dominant versus subordinated groups” because “people can occupy a shifting range of positions in a power structure owing to their multiple subject positions” (433). There is space for Black women, individuals identifying with the LGBTQ community, sexuality studies, etc. I will offer that although feminism has expanded its reach in terms of marginal identities, that does not mean there is not a play for who is allowed to receive the most politically and socially on activists fronts, in the case of progression for same-sex marriage and regression for communities of color in terms of the amendments to the Voting Rights Act during 2013.

When I first decided I wanted to write online, I needed to claim a space I have yet to find fully in an academic setting, but also on popular social media sites, even though I absolutely believe social media is an interesting passive front for our generations “activism.” In claiming my own online space, I claim my feminism. I write experiences that are relevant to me and I hope craft a space for other likeminded feminists to join in the conversation of celebrating a space they made. Keller calls this online claiming, “a virtual room of one’s own” (434). The messiness of identity and feminism allows us to claim multiple feminist arenas, where we can discuss sex, love, bodies, race, gender, class, ability in relation to ourselves and our larger community. These online spaces are where we raise consciousness around subjects that are interesting and relevant to our lives. It is one of many first steps in actualizing our agency and political activism as women.

This entry was posted on April 8, 2014 by beyondthegreen14 in Uncategorized.

Follow beyond the green: collective of middlebury voices on WordPress.com